Blockchain is a technology for storing and transmitting information that is transparent, secure and operates without a central control body.

We secured access, “Trust by design” and integrity through the Blockchain KSI

Public blockchains - especially those linked to applications such as crypto-currencies - are regularly criticized for their ecological impact (excessive consumption of electricity due to energy-intensive consensus protocols in particular).

The KSI blockchain is based on mathematical algorithms that do not require significant energy resources and are not indexed to the price of a crypto-currency.

Guardtime’s KSI® Blockchain Timestamping Service is compliant with the eIDAS regulation and included in the European Trusted List.
KSI® is the first blockchain-based technology to receive an eIDAS accreditation and marks an important step in the evolution of digital trust technologies. Accreditation was conducted by TÜV Nord, Germany.

It is a cost-effective next-generation security solution which sets a new standard in securing sensitive paper-based and digital documents, credentials and qualifications.

Immediate access to a simple and cost-effective online service for managing secure certificates, no infrastructure required;

What is the KSI Blockchain ?

A blockchain is a trust anchor which secures the integrity of any given data. SwissTruthTM is based upon the KSI blockchain which assures data integrity and authenticity by underlying mathematic proofs. No individual party can change or manipulate data and processes once it is secured by the KSI blockchain.

How the KSI Blockchain works – Video

The KSI Blockchain was invented in the late 1990s / early 2000s by Estonian cryptographers.

The first patent was filed in 2002 and it was launched in early 2008 in an initial pilot for the Estonian Government. Since 2012, all transactions between the different databases of the various Estonian administrations are secured via the KSI Blockchain.

Since then, the technology has been accredited by three other major governments and secures billions of documents, also for other public and private entities around the world. 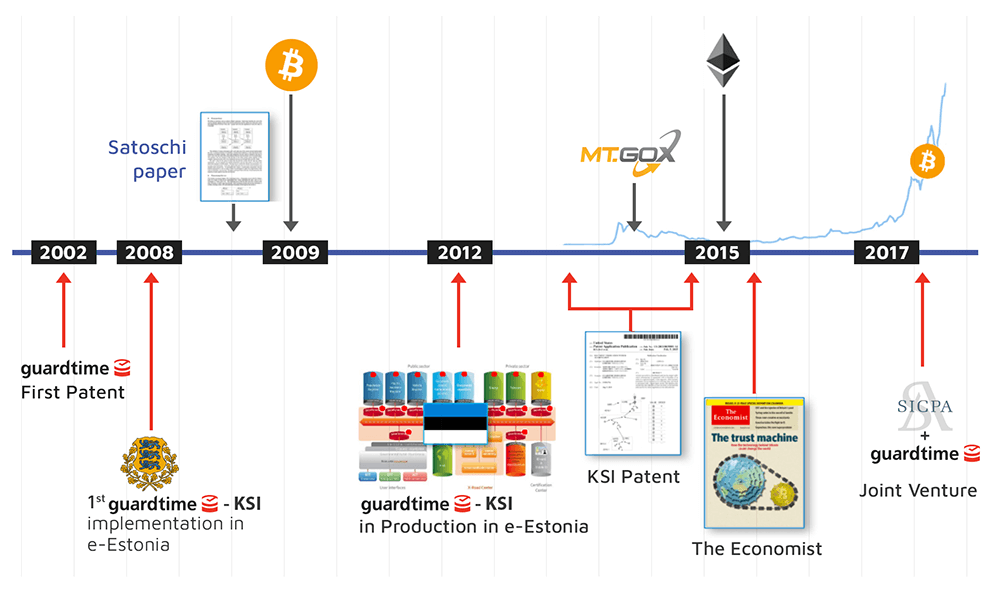 A unique and public register
for all organizations and companies

One private register
per company

How is process integrity guaranteed?

Is data publicly available on the blockchain?

Personal or sensitive data is never shared with the blockchain, but only a hash form of this data which is secured by the blockchain to ensure its lifelong immutability. Only the digital KSI seals needed for verification are stored at a minimum on our servers.